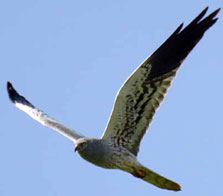 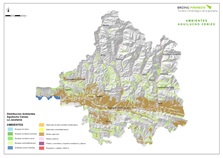 DESCRIPTION:
Sleek, medium-size bird of prey, with long wings (narrow and pointed) and a long tail. Males have a pale plumage while females are brown. They glide at low altitude, as they go in search of prey, flying over farmland, meadows and areas of wasteland. While gliding, they hold their wings in a V-shape.

HABITS: The eggs, which are bluish-white, are laid at the end of April. Incubation lasts for 30 days. Vulnerable due to the intensification of farming methods, which results in eggs and fledglings being lost, since the birds rely heavily on nest sites situated in cereal fields.