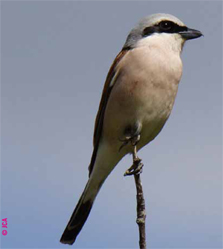 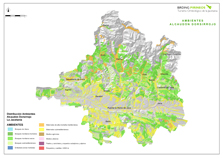 DESCRIPTION:
This is the smallest member of the family of shrikes, with habits that have more in common with raptors than with the order of Passeriformes to which they belong. The male is striking with its grey head, black stripe through the eye and reddish-brown back. The female is mainly brown with black vermiculated markings on the breast. It hunts small reptiles, mammals, birds and insects, which it likes to impale on the thorns of roses and brambles so that it can eat them later. The shrike is a summer visitor that migrates to tropical Africa in autumn via the Bosphorus and the valley of the Nile, travelling around 20,000 km a year.

DIET AND FEEDING: An expert hunter of grasshoppers and beetles, it can also eat other insects, such as bees, wasps, and spiders.