Downstream from the Zuriza campsite and leaving the Veral flume, we take the path running along the left bank of the river. The trail goes through countryside reminiscent of times when the weather was much colder, with valleys carved out by the ice, which have slowly been subjected to the onslaught of the river and covered with vegetation. The woodland we pass through is predominantly made up of beech trees, accompanied by fir and Scots pine. Sometimes the route brings us close to the riverbank enclosed by the Trasveral and Espelunga gorges.

Staying close to the Alano sierra, this easy route of approximately 6 kilometres can be covered in about three hours, with its final stretch being practically all downhill. We come to the end at the bridge with nursery, on the road to Ansó. 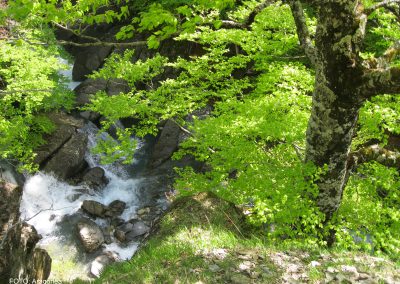 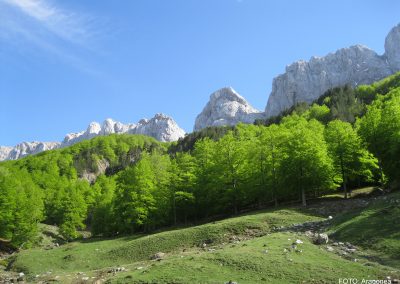 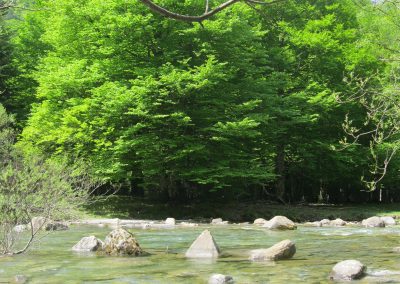 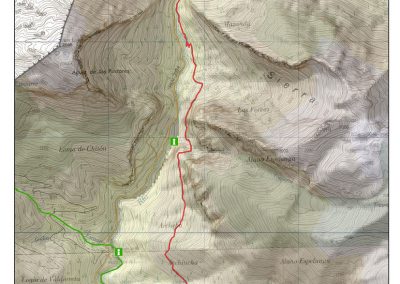 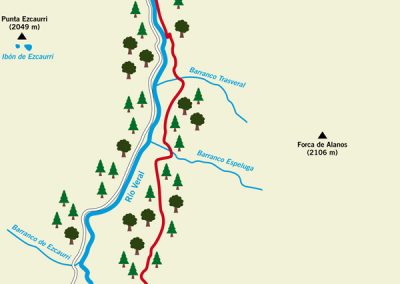 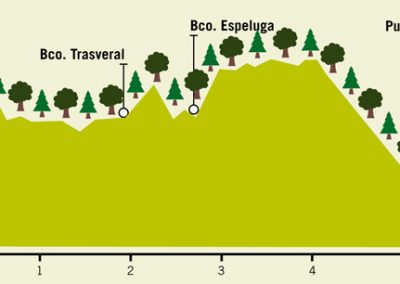 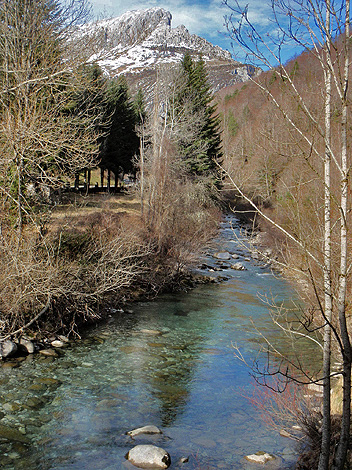