The route proposed starts in Bescós de la Garcipollera, and climb up along the rigth bank of the River Ijuez, first along a paved road which soon becomes a dirt track taking us to the aabandoned, rundown village of Acín. In the nineteen-fifties the whole region was expropiated and the hills were reforested by the State in an attempt to control the erosion that threatened the Yesa reservoir.

The trail fords the river and then continues slowly upwards along the left bank surrounded by pine trees until it reaches the church of Santa Maria de Iguacel. Here we find Common Crossbill, Common Buzzard, Great Spotted Woodpecker, Great Tir and if we climb up a bit higher, Alpine Pipit, Northern Wheatear and Grey Partridge. 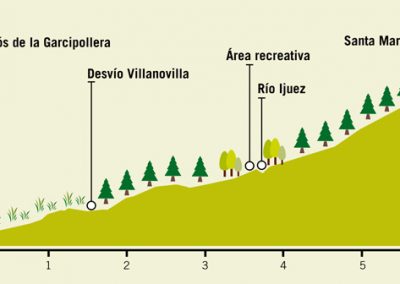 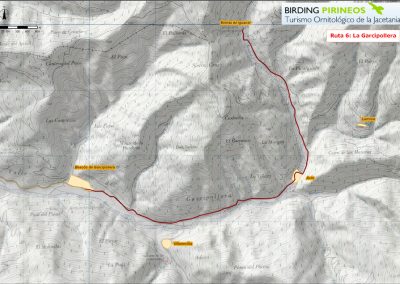 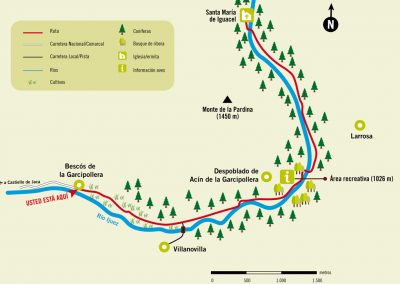